Vellamo has a 46hp Westerbeke engine that is raw water cooled. There’s a heat exchanger that basically acts like a radiator. The original one was in rough shape, so I pulled it out to clean it up. Looks like it hasn’t been done in a while. 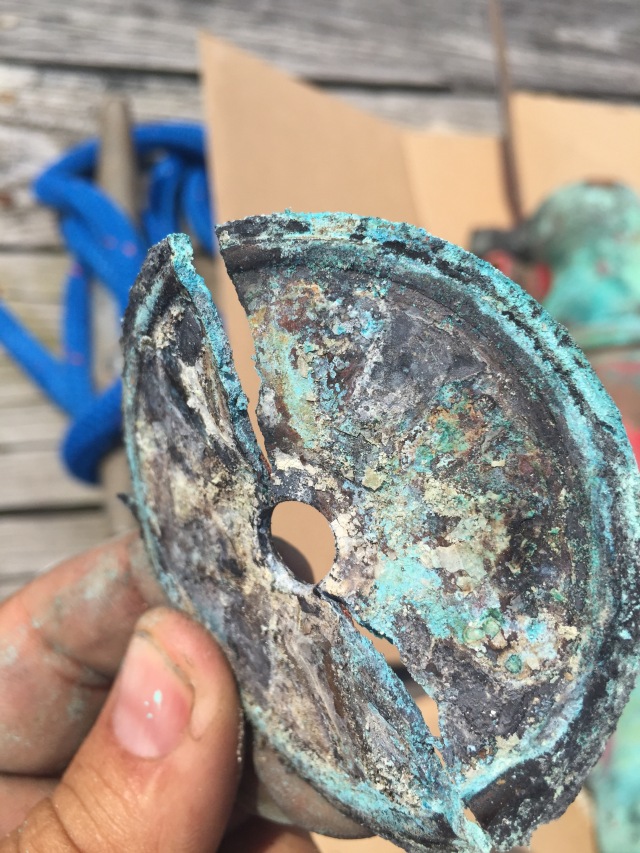 Broken end cap. I bought 4 replacements… Good to have a couple spares. 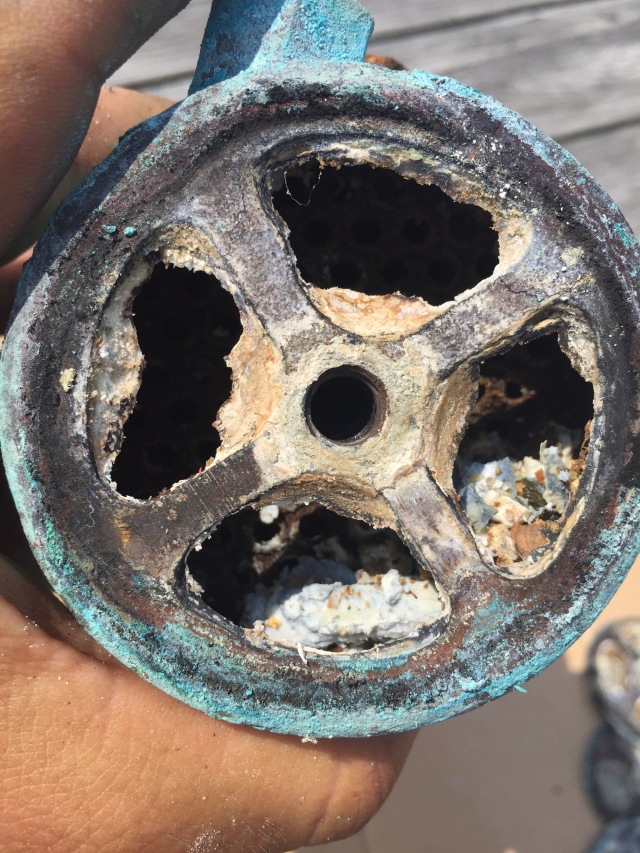 It’s not supposed to be filled with that crap. 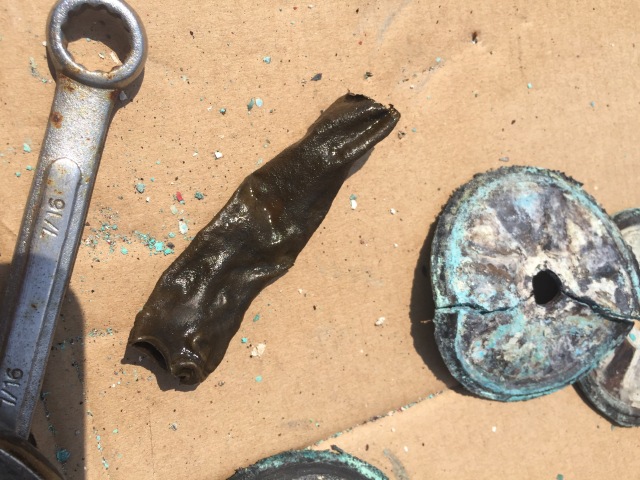 That is a piece of something I found jammed inside the heat exchanger… not supposed to be there.

The outlet was almost entirely clogged.

I don’t have any pictures of it apparently, but there’s a zinc anode that was completely gone… thus allowing the rest of the metals to corrode.

I also don’t have any pictures of it cleaned up… guess I need to be a better blogger.