My dog pee’s on the boat. She doesn’t really get a choice about it, and I like that she’s cool with that. I wish she’d hang her butt over the side… but she and I both know she’s not going too. On my C&C this meant there’d be a little puddle of pee on the sides till I hosed it off. I put in a deck wash down pump just for this purpose… works fantastically. 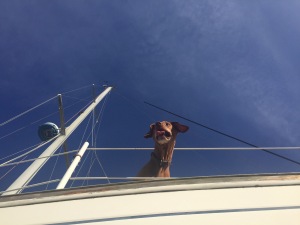 Sabres have this cool little deck drain at just the right location, and it drains into the cockpit drain thru-hull. I love it because it means less need to hose the boat down. But when one of those drains fail… it’ll be horrible. Guess what… 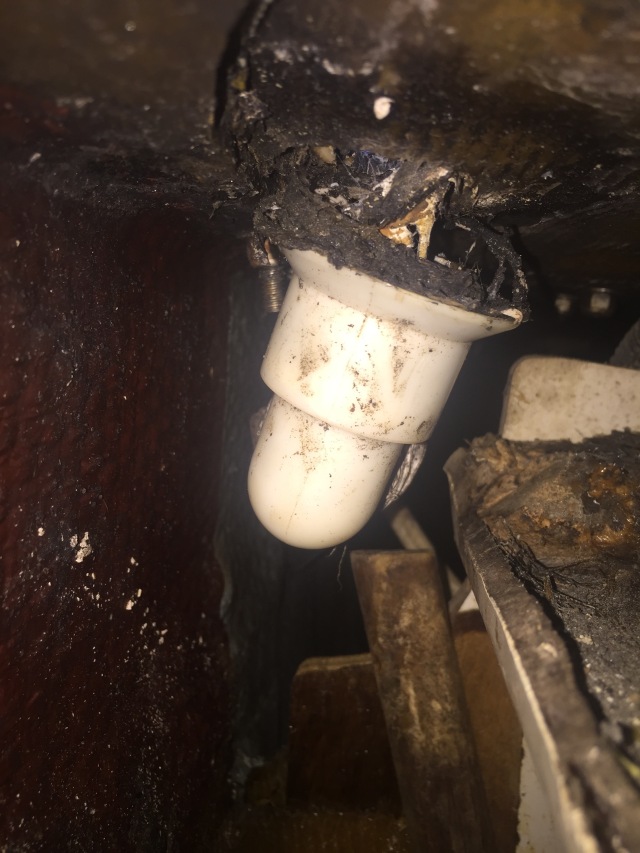 This is a picture of the deck drain on the starboard side. Obviously it had failed before and someone just shot a bunch of stuff in there to seal it enough… not a good enough solution to keep the smell of dog pee out of the boat!
I ordered replacement drains which took a bunch of research to figure out (Forespar sink drains, mfg#907014 incase someone else needs to know) but they wouldn’t be here for several days, so I had to improvise. 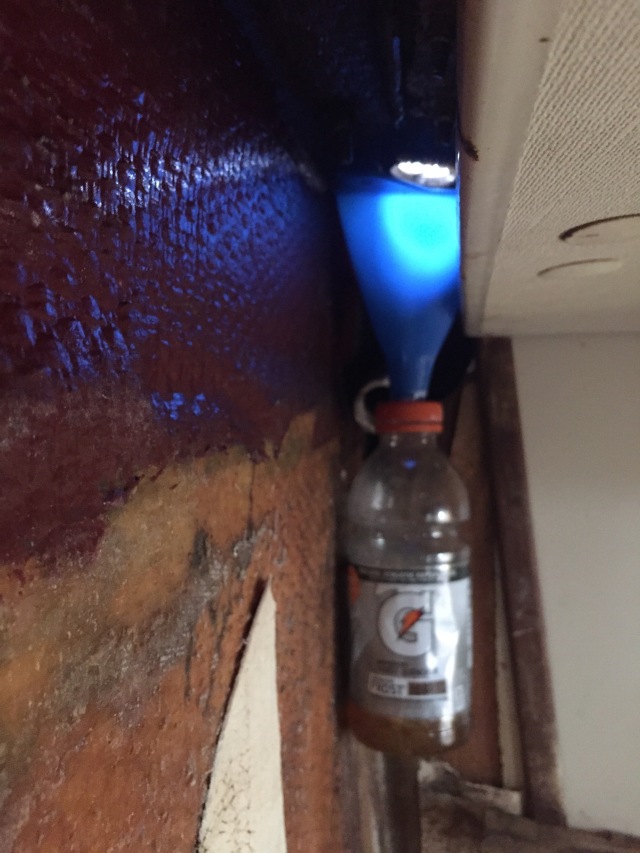 This worked surprisingly well till the drains came in. Every time the dog would pee, I’d wait till it all drained into the bottle, and empty it. Tada. Works awesomely, just need to get drains installed before any rain, or sailing happens. Guess what…

We got slammed with a massive storm, at 3am, and it filled the bottle in the time it took me to hear the storm, get up, and get to the drain to see what I could do. Now I have a 1″ hole that drains half of the water hitting the deck into the bilge… well half of the water that’s not coming in thru other leaks, but that’s for another post. Now I’m left searching for something to plug that hole. Oh yeah, I bought this magic-plugs-everything-stuff-some-guy-on-the-Internet-says-works. Stay Afloat. 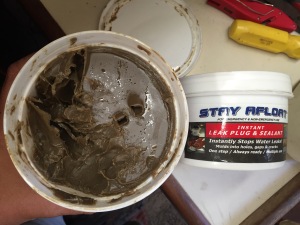 It works! I scoop some out with a screw driver, roll it into a ball, flatten that ball out some, run up on the deck, plop it on the hole, and spend the next 30 minutes trying to get that sticky, waxy stuff off my hands. Boom. 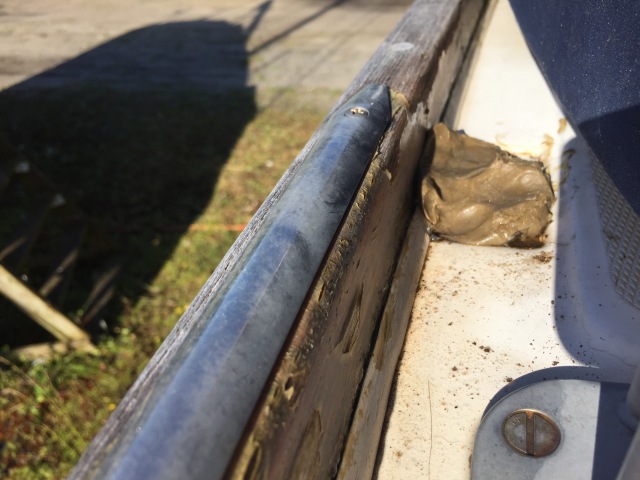 I haven’t tested it under water, with pressure behind it, but I don’t see why it wouldn’t work in that condition too if you backed it up with a block or something to help resist the pressure.
Now on to all the other deck leaks.